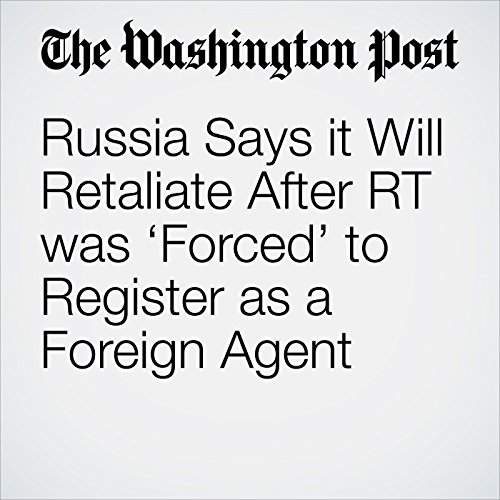 Russia plans new measures to restrict U.S. media organizations working here after a Russian English-language television channel said it was pressured into registering as a foreign agent in the United States, a senior legislator said Friday.

"Russia Says it Will Retaliate After RT was ‘Forced’ to Register as a Foreign Agent" is from the November 10, 2017 World section of The Washington Post. It was written by David Filipov and narrated by Jenny Hoops.