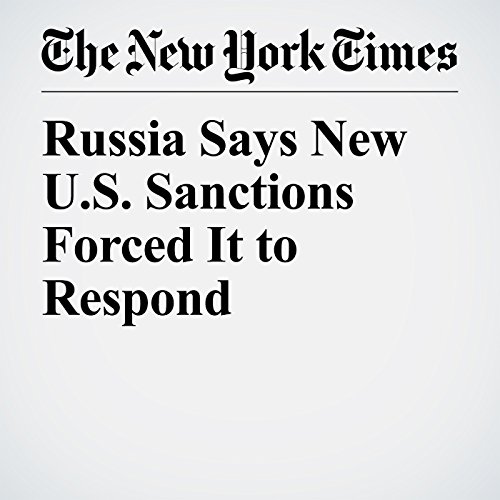 Even as it sought to punish the United States for imposing new sanctions by forcing the mass dismissal of employees from U.S. diplomatic posts in Russia, the Kremlin left the door open Monday for President Donald Trump to avoid further escalation.

"Russia Says New U.S. Sanctions Forced It to Respond" is from the July 31, 2017 World section of The New York Times. It was written by Neil MacFarquhar and narrated by Keith Sellon-Wright.