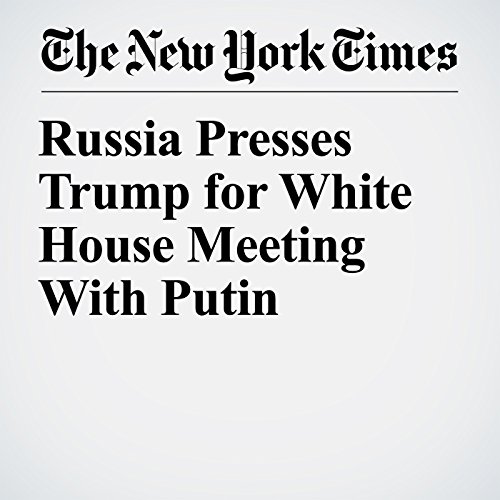 MOSCOW — Russia sought to move beyond last week’s diplomatic confrontation with the West on Monday by pressing President Donald Trump for a White House meeting with President Vladimir Putin that would undercut the perception that the angry reaction to the poisoning of a former Russian spy in Britain has left it isolated from the international community.

"Russia Presses Trump for White House Meeting With Putin" is from the April 02, 2018 World section of The New York Times. It was written by Andrew Higgins and Peter Baker and narrated by Kristi Burns.