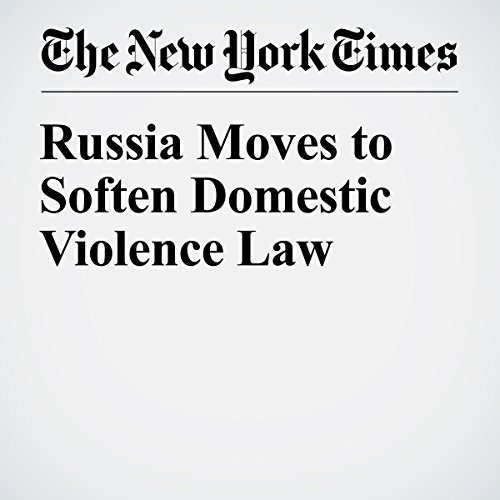 Russian lawmakers on Wednesday moved to decriminalize some forms of domestic battery for first-time offenders who do not do serious physical harm to their victims.

"Russia Moves to Soften Domestic Violence Law" is from the January 25, 2017 World section of The New York Times. It was written by Ivan Nechepurenko and narrated by Keith Sellon-Wright.