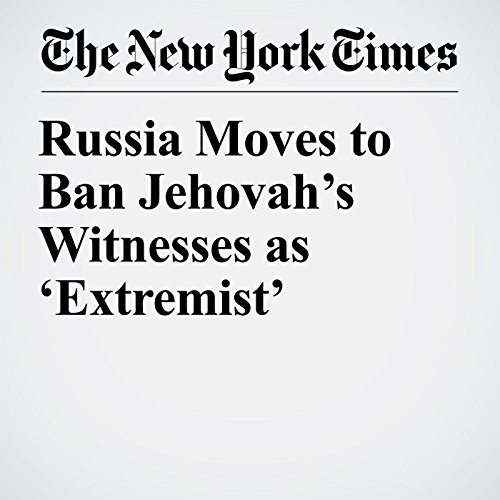 A dedicated pacifist who has never even held a gun, Andrei Sivak discovered that his government considered him a dangerous extremist when he tried to change some money and the teller “suddenly looked up at me with a face full of fear.”

"Russia Moves to Ban Jehovah’s Witnesses as ‘Extremist’" is from the April 04, 2017 World section of The New York Times. It was written by Andrew Higgins and narrated by Keith Sellon-Wright.