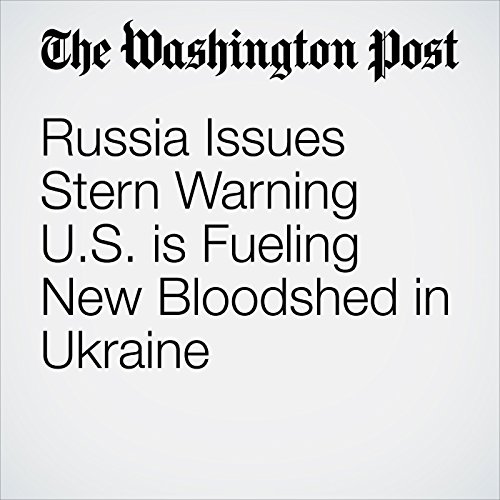 Russian officials said Saturday that the U.S. decision to supply Ukraine with lethal weapons to combat Russian-backed separatists will cause new bloodshed, as long-standing tensions between Washington and Moscow escalated over the four-year-old conflict.

"Russia Issues Stern Warning U.S. is Fueling New Bloodshed in Ukraine" is from the December 23, 2017 World section of The Washington Post. It was written by Carol Morello and David Filipov and narrated by Sam Scholl.