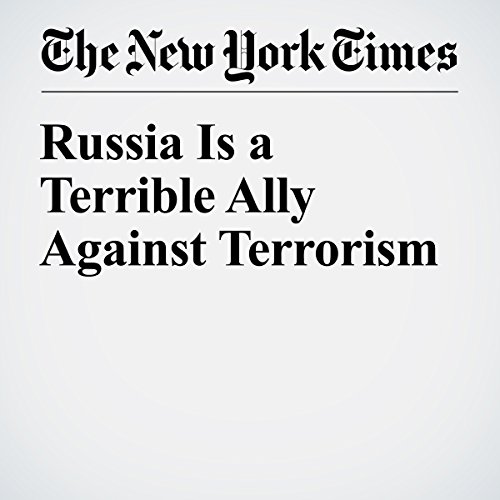 Since early in his campaign, President Donald Trump has made counterterrorism cooperation a pillar of his argument for improving relations with Russia. On the face of it, that idea might seem attractive: two of the world’s largest militaries and intelligence communities working together against the Islamic State and other jihadi networks to achieve progress that neither could alone.

"Russia Is a Terrible Ally Against Terrorism" is from the January 23, 2017 Opinion section of The New York Times. It was written by Daniel Benjamin and narrated by Kristi Burns.