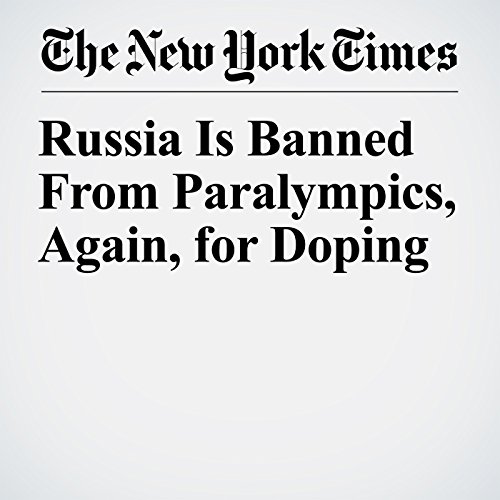 Russia Is Banned From Paralympics, Again, for Doping

Russia has been banned from the 2018 Paralympic Games, officials announced Monday, refusing to lift a ban because of what they called an insufficient recovery from the Russian doping scandal.

"Russia Is Banned From Paralympics, Again, for Doping" is from the January 29, 2018 Sports section of The New York Times. It was written by Rebecca R. Ruiz and narrated by Kristi Burns.