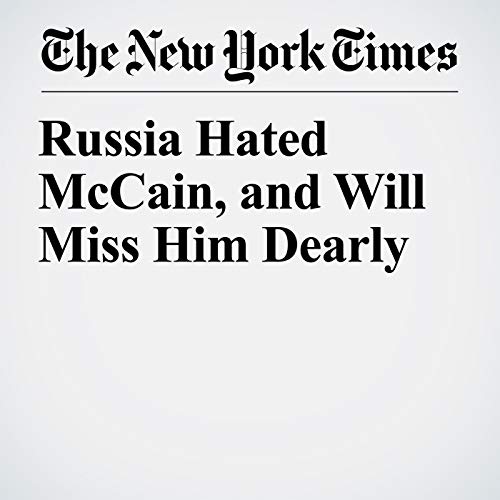 Russia Hated McCain, and Will Miss Him Dearly

MOSCOW — He was long reviled by Russia’s state-controlled media as a deranged warmonger. President Vladimir Putin said he had “lost his roof” — in other words, gone crazy — during his time in captivity in Vietnam. Despite or rather because of all the abuse, however, Sen. John McCain will be sorely missed in Moscow.

"Russia Hated McCain, and Will Miss Him Dearly" is from the August 28, 2018 World section of The New York Times. It was written by Andrew Higgins and narrated by Keith Sellon-Wright.