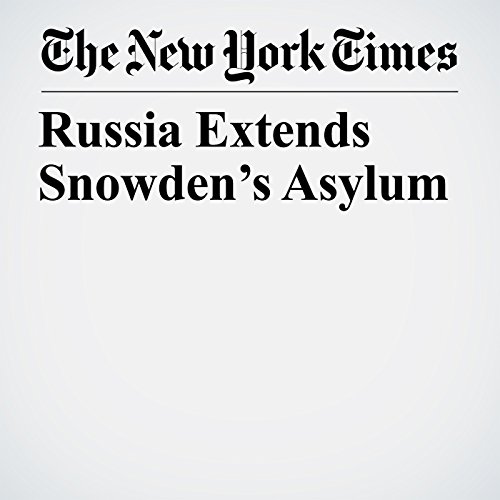 Snowden, a former National Security Agency contractor who was granted asylum in Russia in 2013, will be allowed to remain in the country for “a couple more years,” Maria Zakharova, a spokeswoman for the Foreign Ministry, said on Facebook.

"Russia Extends Snowden’s Asylum" is from the January 18, 2017 World section of The New York Times. It was written by Andrew E. Kramer and narrated by Keith Sellon-Wright.