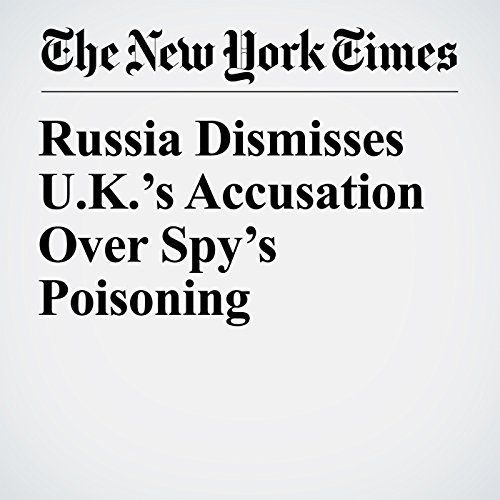 MOSCOW — Russian Foreign Minister Sergey V. Lavrov said Tuesday that his country had nothing to do with the poisoning by nerve agent of a former Russian spy-turned-double agent, dismissing Britain’s allegation that Moscow was to blame as “nonsense.”

"Russia Dismisses U.K.’s Accusation Over Spy’s Poisoning" is from the March 13, 2018 World section of The New York Times. It was written by Sophia Kishkovsky and narrated by Fleet Cooper.