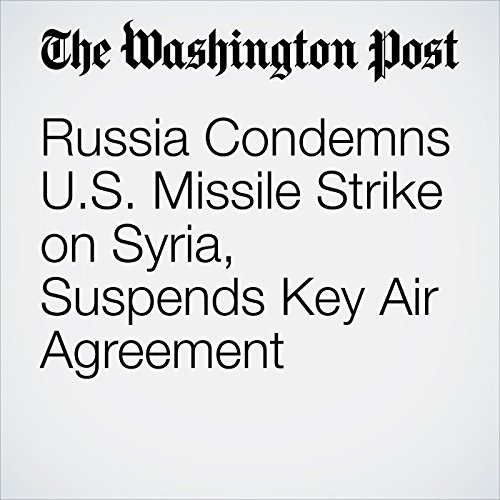 Russia on Friday condemned the U.S. missile strike against Syrian government forces as an attack against its ally, and said it was pulling out of an agreement to minimize the risk of in-flight incidents between U.S. and Russian aircraft operating over Syria.

"Russia Condemns U.S. Missile Strike on Syria, Suspends Key Air Agreement" is from the April 07, 2017 World section of The Washington Post. It was written by David Filipov and narrated by Barbara Benjamin-Creel.