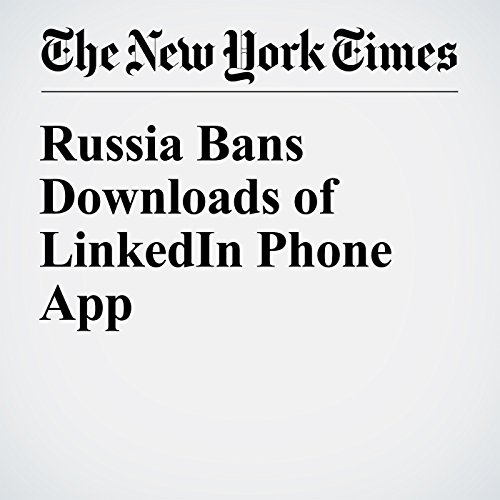 Smartphone users in Russia can no longer download the LinkedIn app on iPhone or Android devices, following a similar move in China to block The New York Times app on iPhones.

"Russia Bans Downloads of LinkedIn Phone App" is from the January 06, 2017 Technology section of The New York Times. It was written by Cecilia Kang and Katie Benner and narrated by Keith Sellon-Wright.