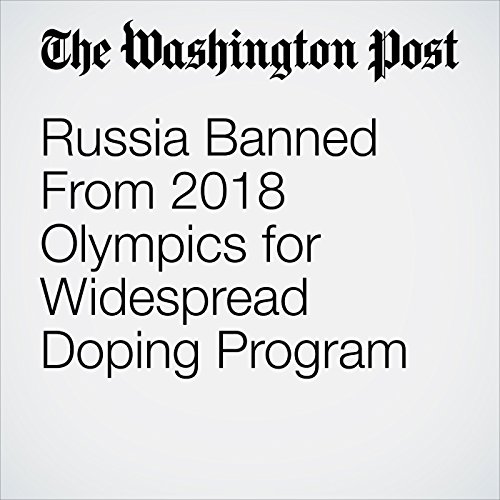 The International Olympic Committee banned the Russian federation from the upcoming Winter Olympics on Tuesday but left the door open for individual Russian athletes to compete. In a historic act of punishment, Russia’s flag and anthem will be absent from February’s PyeongChang Games in South Korea as consequence for widespread doping Olympic officials believe was supported by the country’s government.

"Russia Banned From 2018 Olympics for Widespread Doping Program" is from the December 05, 2017 Sports section of The Washington Post. It was written by Will Hobson and narrated by Sam Scholl.