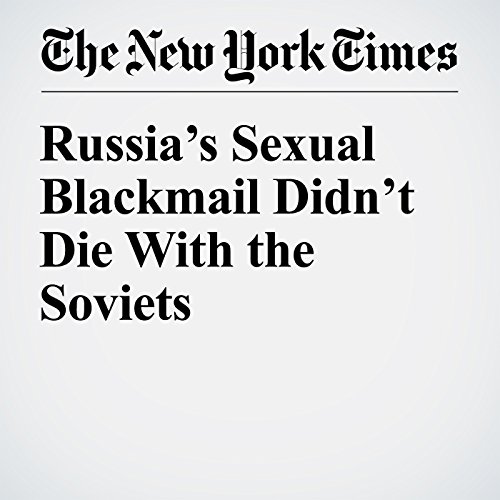 When the Soviet Union set up the Intourist hotel and travel company under Stalin, the bellboys, drivers, cooks and maids all worked for the NKVD, the secret police agency later known as the KGB. Also on the payroll were the prostitutes deployed to entrap and blackmail visiting foreign politicians and businessmen.

"Russia’s Sexual Blackmail Didn’t Die With the Soviets" is from the January 11, 2017 World section of The New York Times. It was written by Andrew Higgins and Andrew E. Kramer and narrated by Caroline Miller.