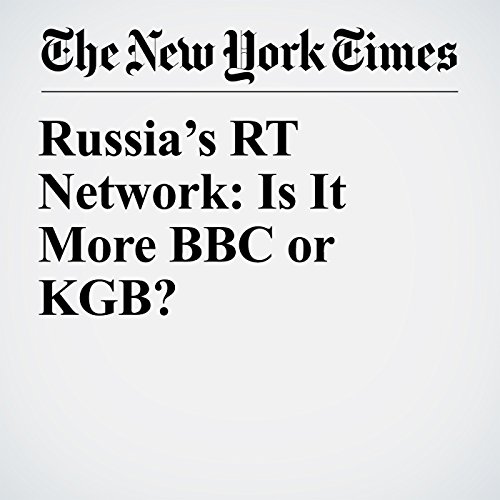 The London newsroom and studios of RT, the television channel and website formerly known as Russia Today, are ultramodern and spacious, with spectacular views from the 16th floor overlooking the Thames and the London Eye. And, its London bureau chief, Nikolay A. Bogachikhin, jokes, “We overlook MI5 and we’re near MI6,” Britain’s domestic and foreign intelligence agencies.

"Russia’s RT Network: Is It More BBC or KGB?" is from the March 08, 2017 World section of The New York Times. It was written by Steven Erlanger and narrated by Caroline Miller.