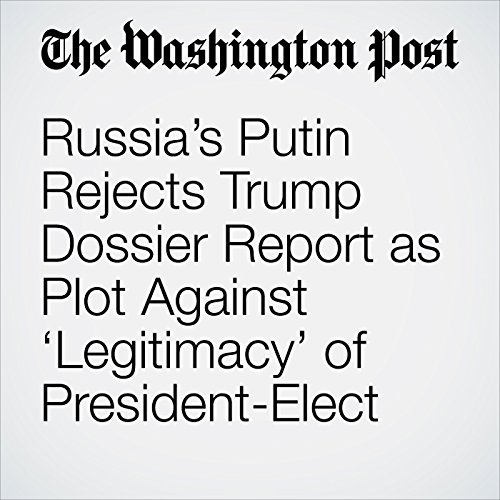 Russian President Vladimir Putin on Tuesday called reports that Donald Trump has been compromised by Russian intelligence “total nonsense” and said allegations were fabricated to “undermine the legitimacy” of Trump’s presidency.

"Russia’s Putin Rejects Trump Dossier Report as Plot Against ‘Legitimacy’ of President-Elect" is from the January 17, 2017 World section of The Washington Post. It was written by Andrew Roth and David Filipov and narrated by Sam Scholl.