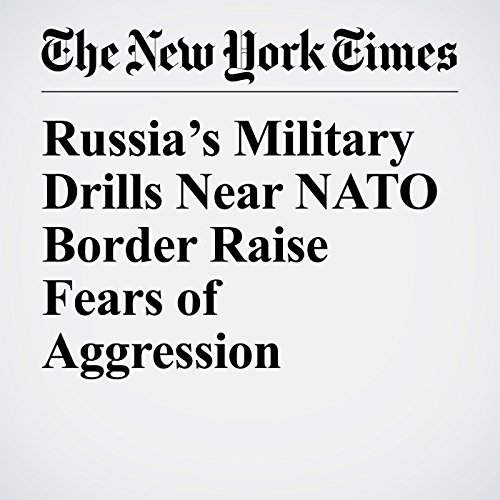 Russia is preparing to send as many as 100,000 troops to the eastern edge of NATO territory at the end of the summer, one of the biggest steps yet in the military buildup undertaken by President Vladimir Putin and an exercise in intimidation that recalls the most ominous days of the Cold War.

"Russia’s Military Drills Near NATO Border Raise Fears of Aggression" is from the July 31, 2017 World section of The New York Times. It was written by Michael R. Gordon and Eric Schmitt and narrated by Barbara Benjamin-Creel.