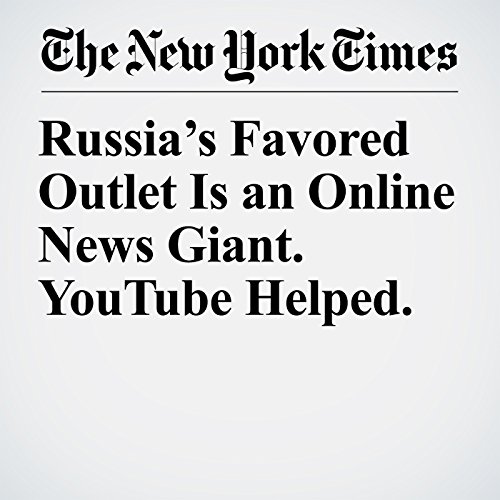 When the state-backed Russian news channel RT became the first news organization to surpass 1 billion views on YouTube in 2013, it marked the achievement with a retrospective of its most popular videos and a special guest — one of the Google-owned site’s senior executives.

"Russia’s Favored Outlet Is an Online News Giant. YouTube Helped." is from the October 23, 2017 World section of The New York Times. It was written by Daisuke Wakayabashi and Nicholas Confessore and narrated by Kristi Burns.