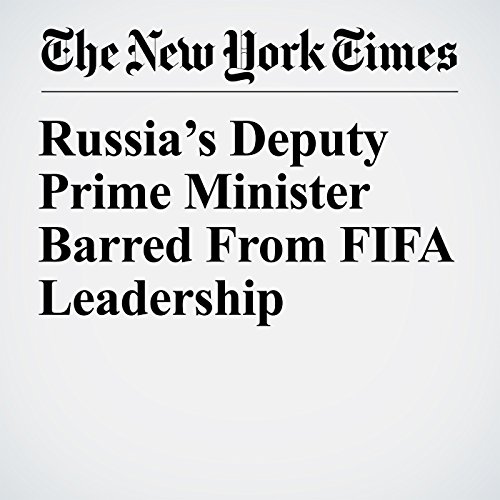 He and the Russian Sports Ministry he led faced enormous scrutiny last summer ahead of the Rio Olympics, when an investigation commissioned by the World Anti-Doping Agency concluded that the Russian government had for years facilitated steroid use by hundreds of the nation’s top athletes and carried out an elaborate cover-up of drug-tainted urine samples at the 2014 Winter Olympics in Sochi, Russia.

"Russia’s Deputy Prime Minister Barred From FIFA Leadership" is from the March 10, 2017 Sports section of The New York Times. It was written by Rebecca R. Ruiz and narrated by Mike DelGaudio.