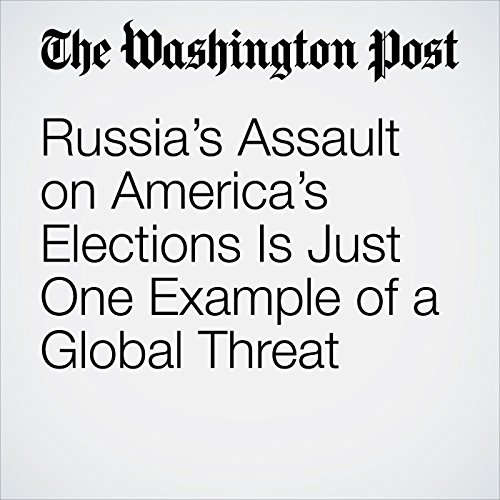 We may be missing the forest for the trees in the Russia story: The Kremlin’s attempt to meddle in the 2016 U.S. presidential election is part of a much bigger tale of Russian covert action — in which Donald Trump’s campaign was perhaps a tool, witting or unwitting. This secret manipulation, if unchecked, could pose an “existential threat” to Western democracy, argues Gérard Araud, France’s ambassador to Washington.

"Russia’s Assault on America’s Elections Is Just One Example of a Global Threat" is from the February 23, 2017 Opinion section of The Washington Post. It was written by David Ignatius and narrated by Jenny Hoops.