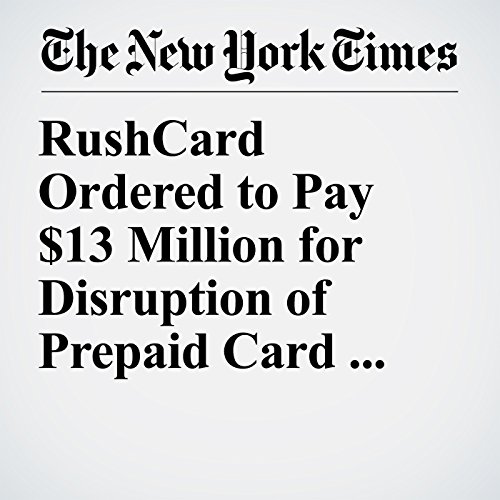 More than a year after a breakdown of RushCard’s prepaid debit card system denied thousands of customers access to their cash, a federal regulator has ordered the company and its payment processor, MasterCard, to pay $13 million in fines and restitution.

"RushCard Ordered to Pay $13 Million for Disruption of Prepaid Card Service" is from the February 02, 2017 Business section of The New York Times. It was written by Stacy Cowley and narrated by Fleet Cooper.