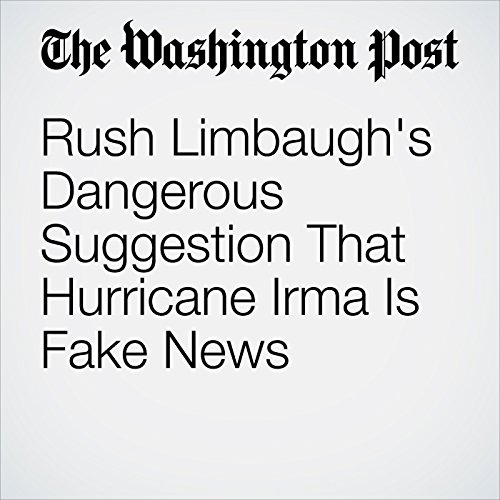 Rush Limbaugh didn't say the magic words, but on Tuesday he basically accused the media of creating fake news about Hurricane Irma, which is threatening Florida after hitting Barbuda and Antigua. The storm's 185-mile-per-hour winds tied the record high for any Atlantic hurricane making landfall.

"Rush Limbaugh's Dangerous Suggestion That Hurricane Irma Is Fake News" is from the September 06, 2017 The Fix section of The Washington Post. It was written by Callum Borchers and narrated by Sam Scholl.