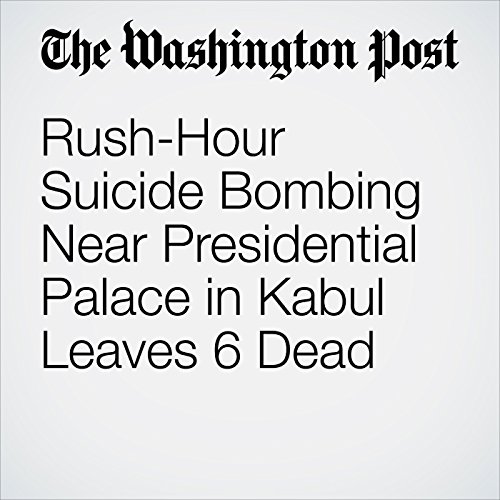 A suicide bomber struck outside a government intelligence office near the presidential palace in the Afghan capital on Monday, killing six civilians, officials said.

"Rush-Hour Suicide Bombing Near Presidential Palace in Kabul Leaves 6 Dead" is from the December 25, 2017 World section of The Washington Post. It was written by Sharif Walid and narrated by Sam Scholl.