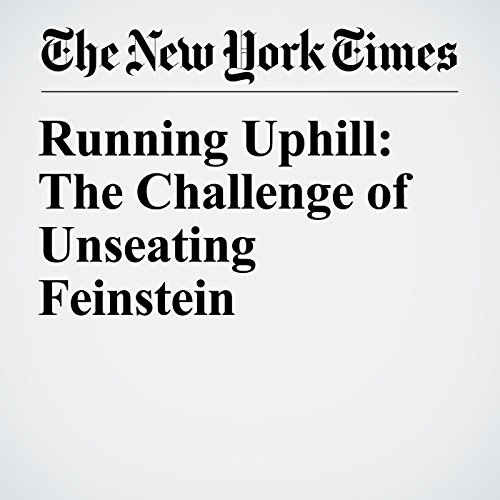 OXNARD, Calif. — Kevin de León is one of the most prominent Democratic figures in the nation’s most Democratic state. He has drawn national attention from the Democratic left for a spirited challenge to Sen. Dianne Feinstein and for the aggressive legislative challenges to President Donald Trump’s policies advanced by the state Senate under his leadership.

"Running Uphill: The Challenge of Unseating Feinstein" is from the May 18, 2018 U.S. section of The New York Times. It was written by Adam Nagourney and narrated by Mike DelGaudio.