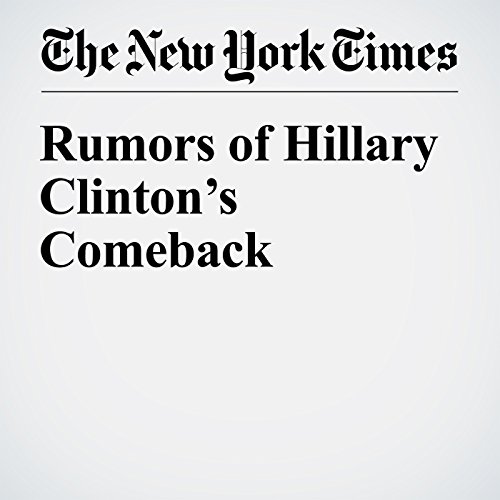 I’m fantasizing, yes, but with a glimmer of encouragement. On Wednesday Newsmax, a conservative outlet, reported that Democrats who couldn’t abide the city’s current mayor, Bill de Blasio, were courting Clinton to run against him in a Democratic primary this year and deny him a second term. The Times weighed in on Thursday, noting that speculation about a Clinton candidacy had been “bubbling up for weeks” and was intensifying.

"Rumors of Hillary Clinton’s Comeback" is from the January 07, 2017 Opinion section of The New York Times. It was written by Frank Bruni and narrated by Keith Sellon-Wright.