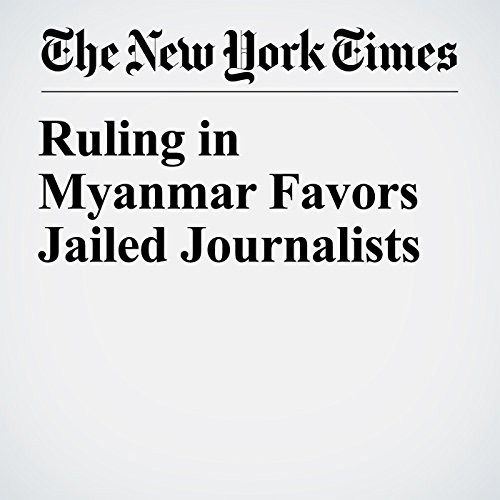 YANGON, Myanmar — In the first significant ruling in favor of two jailed Reuters reporters, the judge in the case announced Wednesday that he would accept evidence from a police captain who testified that an officer was ordered to entrap one of the journalists.

"Ruling in Myanmar Favors Jailed Journalists" is from the May 02, 2018 World section of The New York Times. It was written by Saw Nang, Richard C. Paddock and narrated by Kristi Burns.