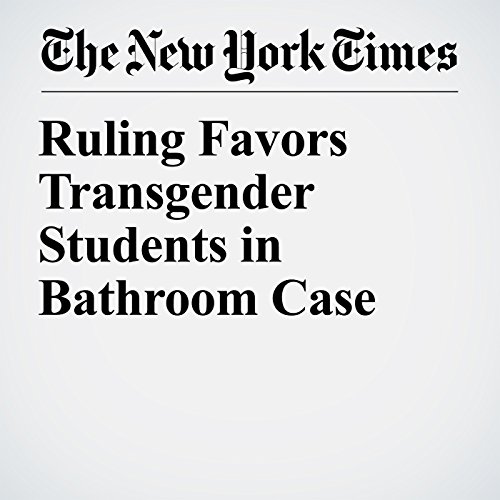 Juliet Evancho, a transgender woman whose sister performed at President Donald Trump’s inauguration, scored a temporary legal victory Monday when a federal judge ruled that she and two other transgender students at a Pennsylvania high school must be given access to restrooms corresponding to their gender identity.

"Ruling Favors Transgender Students in Bathroom Case" is from the February 28, 2017 U.S. section of The New York Times. It was written by Niraj Chokshi and narrated by Fleet Cooper.