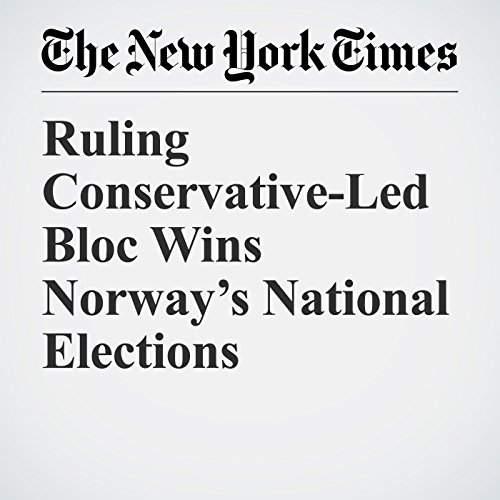 The coalition led by the center-right Conservative Party won the final round of Norway’s national elections on Monday, in what was seen as a referendum on taxes, immigration, energy policy and European integration.

"Ruling Conservative-Led Bloc Wins Norway’s National Elections" is from the September 12, 2017 World section of The New York Times. It was written by Henrik Pryser Libell and narrated by Kristi Burns.