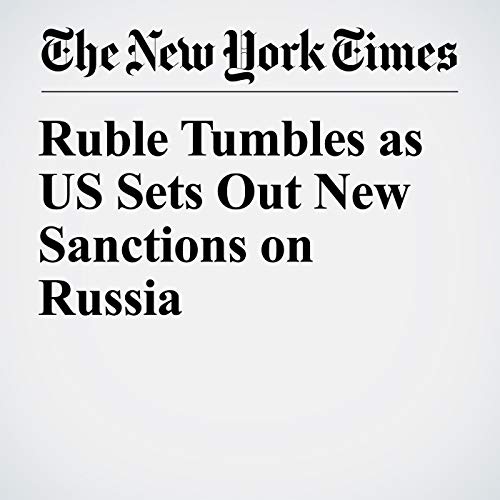 Russia’s currency fell Thursday to its lowest dollar value in nearly two years, after the United States announced new sanctions against the country in response to a nerve-agent attack on a former Russian spy in Britain.

"Ruble Tumbles as US Sets Out New Sanctions on Russia" is from the August 09, 2018 World section of The New York Times. It was written by Andrew E. Kramer and narrated by Kristi Burns.