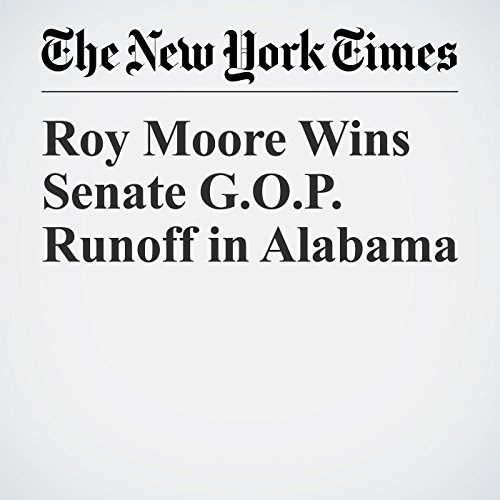 "Roy Moore Wins Senate G.O.P. Runoff in Alabama" is from the September 27, 2017 U.S. section of The New York Times. It was written by Jonathan Martin and Alexander Burns and narrated by Keith Sellon-Wright.