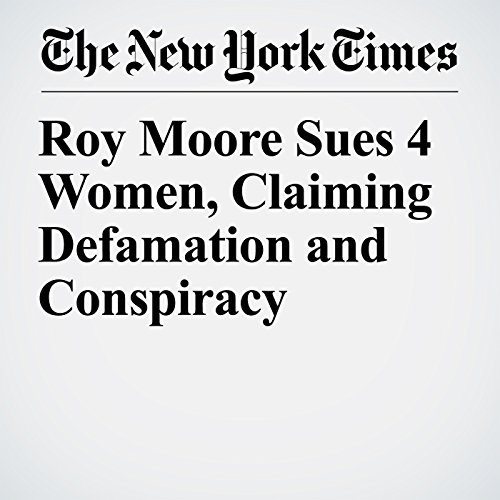 Roy Moore, the former Senate candidate from Alabama who has been accused of pursuing sexual and romantic relationships with teenagers, sued four of his accusers Monday, alleging that they had defamed and conspired against him.

"Roy Moore Sues 4 Women, Claiming Defamation and Conspiracy" is from the April 30, 2018 U.S. section of The New York Times. It was written by Maggie Astor and narrated by Kristi Burns.