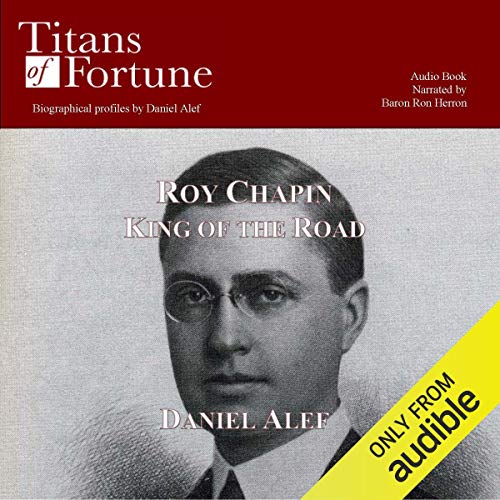 Biographical profile of Roy Chapin, the automobile pioneer who gave us many memorable cars including the Hudson Hornet, featured in the 2006 Disney-Pixar animated film "Cars" as Doc Hudson, a 1951 model (voice of Paul Newman).

Chapin's success can be measured by the grand opening in 1932 of his 18th century Georgian-style mansion on Lake St. Clair, with George Gershwin playing the piano before a who's who list of guests including the Infante of Spain, Don Alfonso, duc d'Orleans, et de Bourbon, first cousin of the King. Chapin's success in the automobile world overshadowed his appointment as chairman of the Highway Transport Committee during World War I and as Secretary of Commerce under President Hoover.