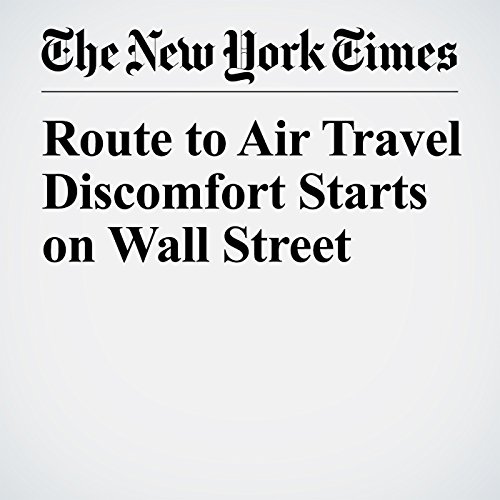 The pressure on United, American and other giants is only going to increase with the rise of ultra-low-cost carriers like Spirit, Frontier and Allegiant. In fact, American and United are rolling out a stripped-down new class called Basic Economy.

"Route to Air Travel Discomfort Starts on Wall Street" is from the May 27, 2017 National section of The New York Times. It was written by Nelson D. Schwartz and narrated by Kristi Burns.