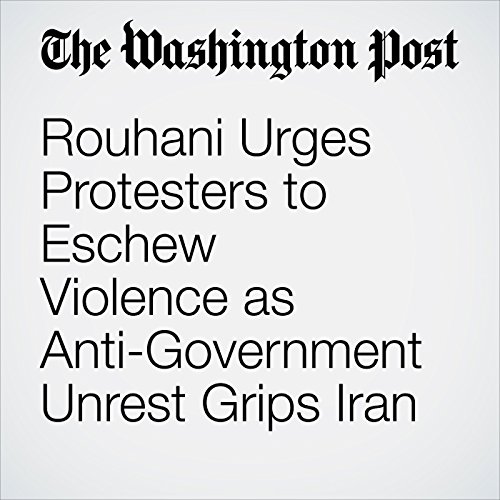 ISTANBUL — In his first comments since anti-government unrest began four days ago, President Hassan Rouhani said Sunday that Iranians have the right to protest but should do so without resorting to violence.

"Rouhani Urges Protesters to Eschew Violence as Anti-Government Unrest Grips Iran" is from the December 31, 2017 World section of The Washington Post. It was written by Erin Cunningham and narrated by Sam Scholl.