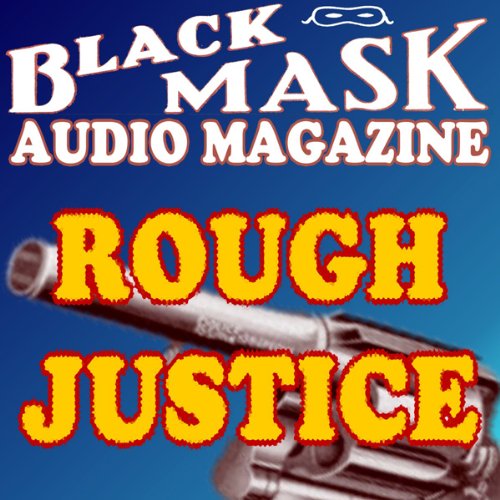 A Manhattan gumshoe pursues a convict to St. Louis, where he gets mixed up in a cop killing and nearly loses his own life at the hands of a B girl.

Mannered version of a good story

The hard-boiled detective genre of the 20s and 30s was led by Black Mask and Dime Detective. A few writers stood out: Dashiell Hammett, Raymond Chandler, Erle Stanley Gardner, Paul Cain, and Frederick Nebel. To my taste, Chandler was at his best early on, with tough, sharply written stories about detectives who didn't overlook their own interests, while the Marlowe stories don't have the same edge. Erle Stanley Gardner's pulp writing was fun and sometimes lurid -- one of his stories had a half-naked woman lobbing grenades at the gang she'd tried to take over. Paul Cain didn't write much and tends to be overlooked, as does Frederick Nebel, a friend of Hammett's.

Part of the reason Nebel isn't better known is that his detective stories generally didn't get published outside of the pulps. When a Black Mask anthology wanted to reprint one of his stories, he refused, feeling they'd suited the time when they were written but didn't work the same way any longer.

The audio version of "Rough Justice" brings up that same concern. I disagree with Nebel; I think the stories stand up very well. The Black Mask Audio Magazine version does bring out the kind of thing he was worried about, though. It makes the story sound dated, because it works so hard at a retro, let's-put-on-a-show vibe. You could argue for it, I suppose, since radio shows of the time seem to have been broad and stagy, too. But they also weren't very good. The current version comes off a little overdone and patronizing, and doesn't seem to work very hard at telling a story.

Which is too bad, since a lot of talent went into it. The voice cast is excellent, and Christine Williams has a voice that could melt glaciers. The music is fine. Taken in pieces, this is well done. You just wish the production would get over itself.

As for Nebel, he's worth reading. The Black Mask stories featuring Donahue have been reprinted, including "Rough Justice." I think his Cardigan stories are more interesting, and there's a complete collection of them on Kindle, in several volumes, dirt cheap. Part of the interest in the old pulp writing was that the magazines gave their writers a lot of freedom, as John D. MacDonald said. That's how he got his own start, and he explained that if you could write something saleable, you could generally expect to be left alone, so you were relatively free to experiment and get paid for learning to write. Black Mask was more tightly edited, while Dime Detective, which was Nebel's main market for the Cardigan stories, gave him more leeway. You can see Nebel trying things on and doing things he's interested in, without worrying too much about consistency from one story to another.