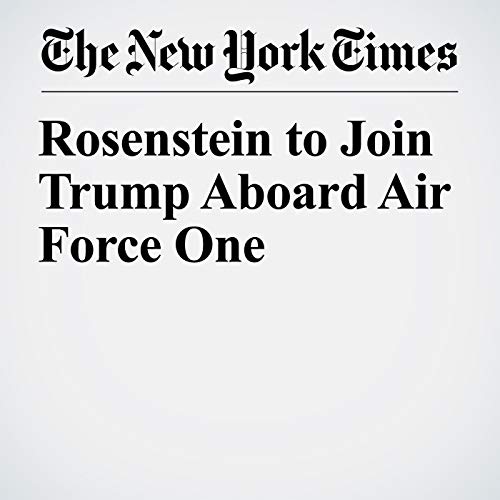 Rod Rosenstein, the deputy attorney general, and President Donald Trump planned to travel to Florida together on Air Force One on Monday, a week and a half after the two were scheduled to discuss remarks Rosenstein had made about the president’s fitness for office and an offer to secretly tape conversations with him.

" Rosenstein to Join Trump Aboard Air Force One" is from the October 08, 2018 U.S. section of The New York Times. It was written by Katie Benner and narrated by Kristi Burns.