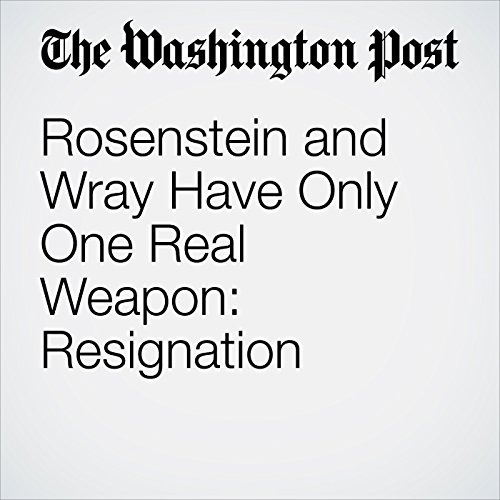 President Trump has taken to perpetrating daily outrages on the Constitution and the rule of law, generally before breakfast. On Wednesday morning, he accused the FBI and Justice Department of being a part of a “Criminal Deep State” and opined that the (utterly routine) use of a confidential informant in the Russia probe “could be one of the biggest political scandals in history.”

"Rosenstein and Wray Have Only One Real Weapon: Resignation" is from the May 25, 2018 Opinion section of The Washington Post. It was written by Harry Litman and narrated by Jenny Hoops.