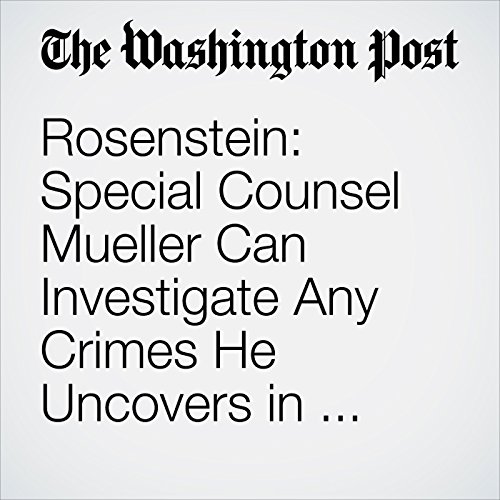 Deputy Attorney General Rod J. Rosenstein said Sunday that the expanding investigation into Russian interference in the 2016 presidential election is continuing apace, even as President Trump dismissed the probe as “a total fabrication.”

"Rosenstein: Special Counsel Mueller Can Investigate Any Crimes He Uncovers in Russia Probe" is from the August 06, 2017 PowerPost section of The Washington Post. It was written by Kelsey Snell and John Wagner and narrated by Sam Scholl.