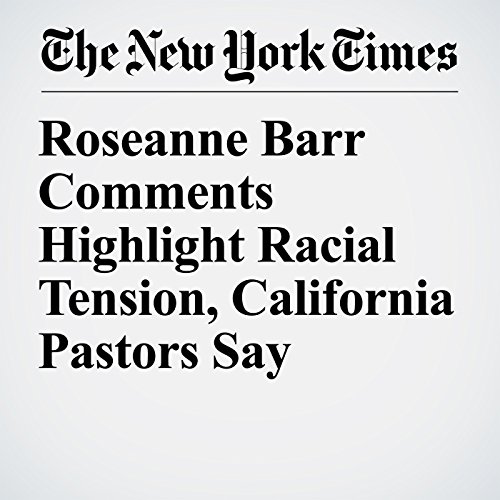 FRESNO, Calif. — As the drama over offensive comments by two television stars gripped the nation this past week, much of the attention focused on President Donald Trump’s Twitter responses: his decision not to condemn the racism in Roseanne Barr’s tweet, and his questioning of whether there was a double standard at play.

"Roseanne Barr Comments Highlight Racial Tension, California Pastors Say" is from the June 02, 2018 U.S. section of The New York Times. It was written by Elizabeth Dias and narrated by Kristi Burns.