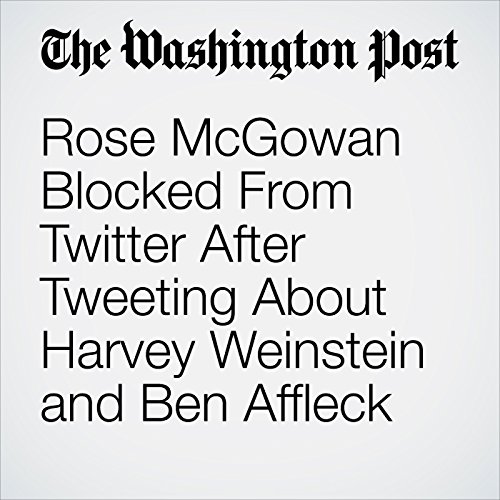 As a growing number of women accuse Harvey Weinstein of predatory behavior, actress Rose McGowan has used Twitter account to rally support for the women like her who are now naming themselves as his victims.

"Rose McGowan Blocked From Twitter After Tweeting About Harvey Weinstein and Ben Affleck" is from the October 12, 2017 Entertainment section of The Washington Post. It was written by Abby Ohlheiser and narrated by Sam Scholl.