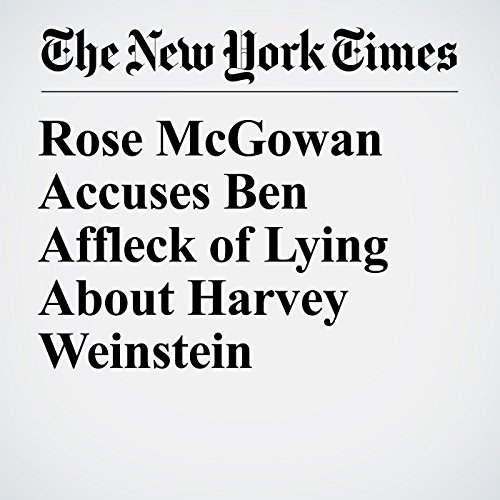 In a sign that the controversy over producer Harvey Weinstein could engulf other people in the film industry, actress Rose McGowan accused Ben Affleck of lying Tuesday about his knowledge of Weinstein’s alleged sexual harassment and assaults of women.

"Rose McGowan Accuses Ben Affleck of Lying About Harvey Weinstein" is from the October 10, 2017 Entertainment section of The New York Times. It was written by Cara Buckley and Melena Ryzik and narrated by Kristi Burns.