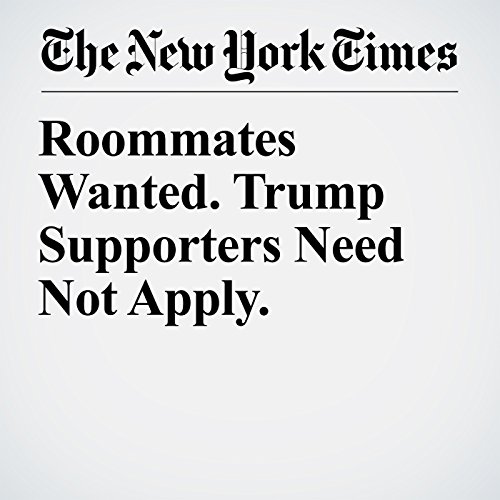 "Roommates Wanted. Trump Supporters Need Not Apply." is from the February 10, 2017 U.S section of The New York Times. It was written by Katie Rogers and narrated by Barbara Benjamin-Creel.