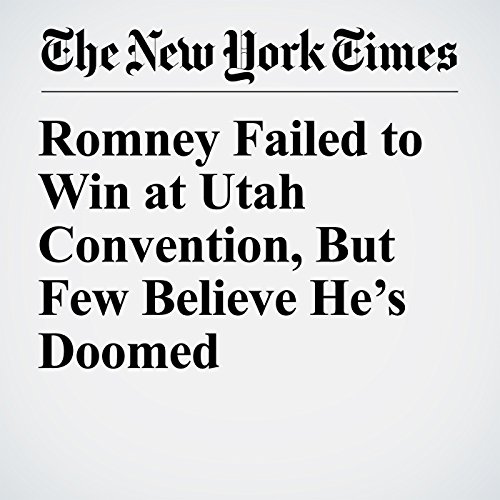 LEHI, Utah — Mitt Romney wound his way through this city’s tulip festival on Monday, shaking hands, hugging toddlers and shrugging off his failure to sew up the nomination for an open Senate seat at this state’s Republican Party convention last weekend.

"Romney Failed to Win at Utah Convention, But Few Believe He’s Doomed" is from the April 24, 2018 U.S. section of The New York Times. It was written by Julie Turkewitz and Jonathan Martin and narrated by Kristi Burns.