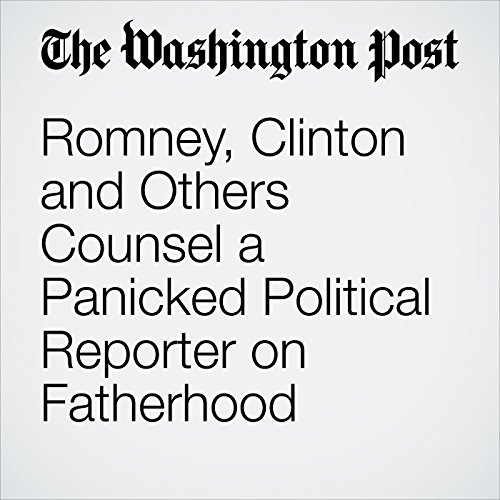 I suppose I could do worse than getting advice from people in politics. A lot of what I worry about, they worry about: Can babies survive going outside in the swamp’s summer heat? Is it appropriate to dictate statements on behalf of your son when he gets caught having secret meetings with the Russians? And most important, how do you juggle a demanding job in the nation’s capital with keeping a tiny human alive (and doing so in a way that he might actually grow up to like you)?

"Romney, Clinton and Others Counsel a Panicked Political Reporter on Fatherhood" is from the September 01, 2017 On Parenting section of The Washington Post. It was written by Ben Terris and narrated by Jenny Hoops.