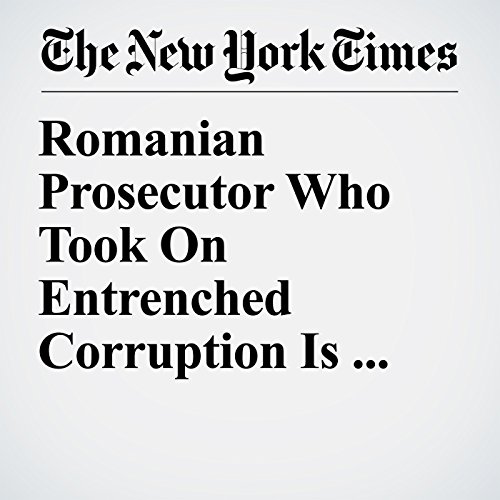 BUCHAREST, Romania — Romania’s president dismissed the head of the country’s anti-corruption agency Monday, indicating that a court ruling had left him no choice. The move, while long predicted, raises concerns about prosecutorial independence in a country that ranks among the more corrupt in Europe.

"Romanian Prosecutor Who Took On Entrenched Corruption Is Fired" is from the July 09, 2018 World section of The New York Times. It was written by Kit Gillet and narrated by Kristi Burns.