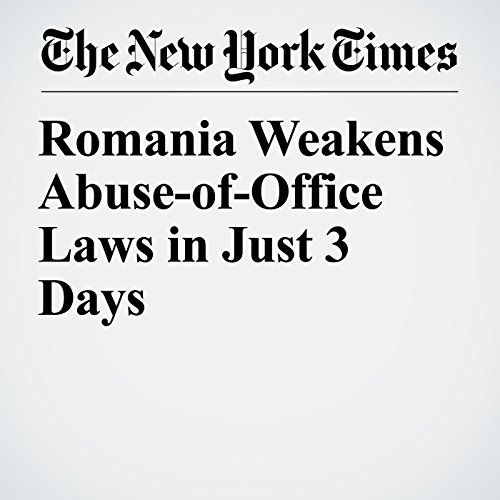 BUCHAREST, Romania — The Romanian Parliament approved changes to the criminal code in unusually swift fashion this week, overhauling abuse-of-power legislation that critics say will have damaging and long-lasting effects on rule of law in the country.

"Romania Weakens Abuse-of-Office Laws in Just 3 Days" is from the July 05, 2018 World section of The New York Times. It was written by Kit Gillet and narrated by Barbara Benjamin-Creel.