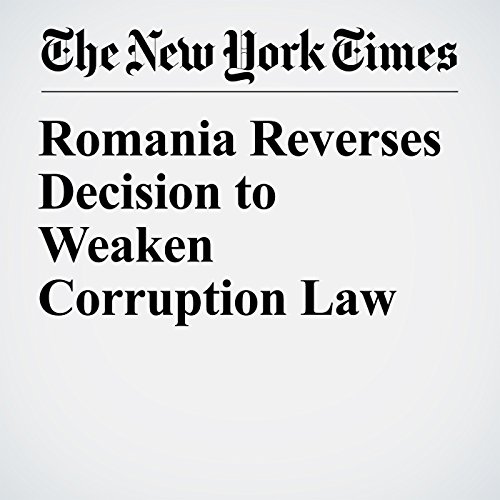 After five straight days of spirited mass protests, and predictions that a half-million or more people might take to the streets on Sunday, Romania’s month-old government backed down Saturday and withdrew a decree that had decriminalized some corruption offenses.

"Romania Reverses Decision to Weaken Corruption Law" is from the February 05, 2017 World section of The New York Times. It was written by Rick Lyman and Kit Gillet and narrated by Fleet Cooper.