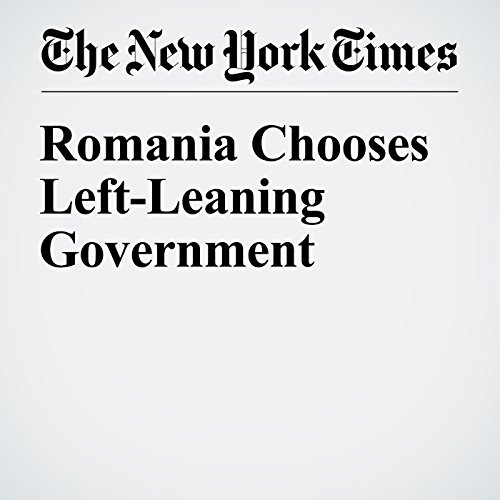 The Romanian parliament approved a new left-leaning coalition government Wednesday, ending weeks of uncertainty about who would lead a country that has been a staunch member of the European Union and NATO.

"Romania Chooses Left-Leaning Government" is from the January 04, 2017 World section of The New York Times. It was written by Kit Gillet and narrated by Keith Sellon-Wright.