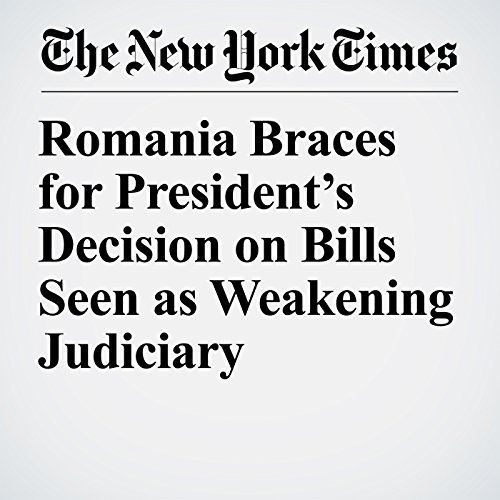 Across Eastern Europe, liberal values were under threat in 2017, with governments in countries like Hungary, Poland and Romania passing measures intended to push back against democratic principles, including anti-corruption efforts, freedom of the press and the rule of law.

"Romania Braces for President’s Decision on Bills Seen as Weakening Judiciary" is from the December 30, 2017 World section of The New York Times. It was written by Kit Gillet and narrated by Barbara Benjamin-Creel.